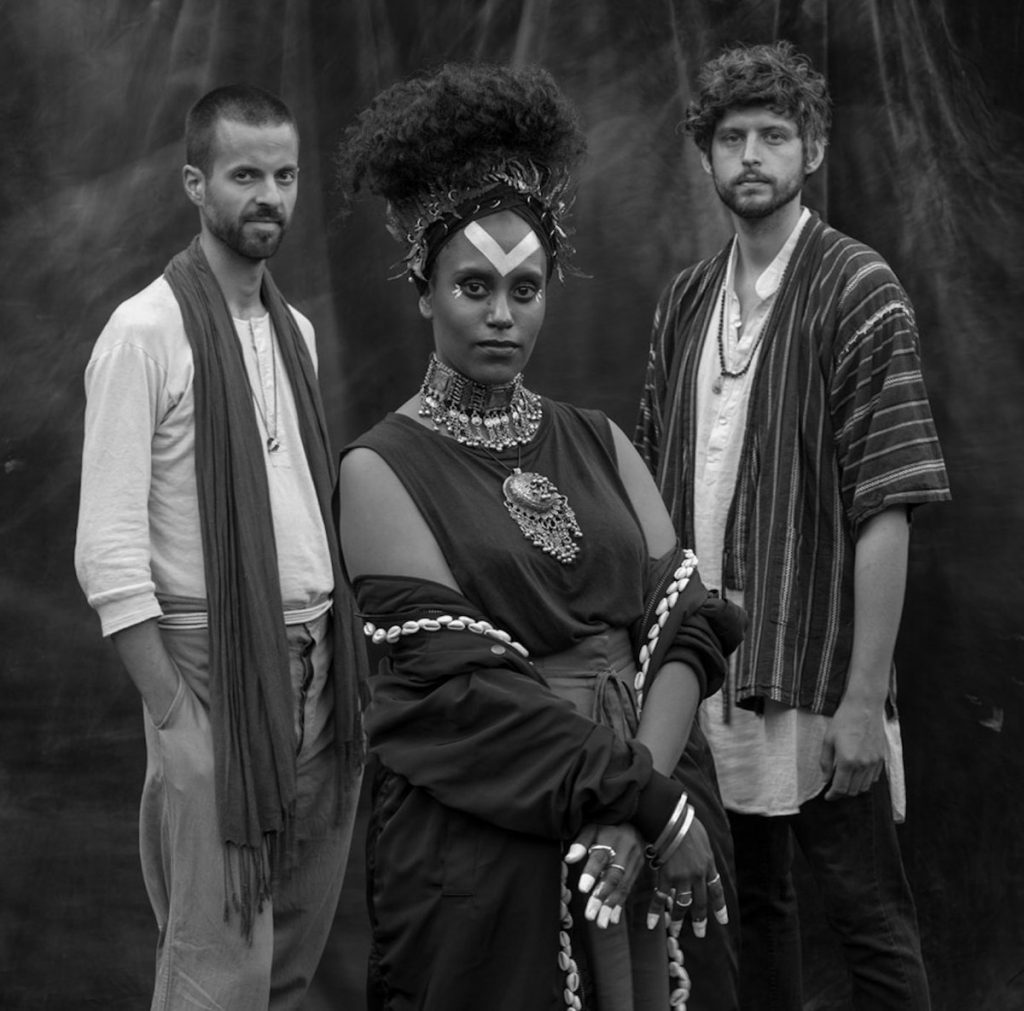 Based in London but universal in scope and expression, Hejira are a group that belie much of their own appearance. A band with deeply immersive textures; moonlighting session musicians with a mastery of the subtle and experimental; recipients of effuse critical and creative praise who self-sufficiently record and release their own music.

The group formed over the late 2000’s, having met through performing in big band and jazz ensembles, playing alongside such musicians as Amy Winehouse, Nitin Sawhney, Floating Points and Eric Lau. As the three core members came together to explore the meeting point of their musical skills and interests, a unique magic began to emerge from unassuming jam sessions. After Hejira announced their second LP Thread of Gold they began to talk about how they could rework some of the material into a live immersive 3D sound experience. Through a series of studio sessions at Call & Response they unpacked the music from this beautifully crafted EP and mixed it onto our 27.2 channel Ambisonic surround system.

The music tells the story of vocalist, bass guitarist and co-songwriter Rahel Debebe-Dessalegne’s changing relationship with her homeland of Ethiopia after the death of her father. She took the band with her on a pilgrimage to Addis Ababa, looking to reaffirm her own ancestral roots and cultural identity, and subsequently on a deeper exploration into the unique, ancient and far-flung lands, peoples and musics of Ethiopia.

Their time in Ethiopia eventually became the binding force around several years’ worth of songwriting and self-recording. “Ethiopia became a backbone and a point of reference,” multi-instrumentalist and producer Sam Beste offers. “The experience helped to galvanise everything we had written into a cohesive work.”